What does the NCVO need in its next chief executive?

Although the sector is more stratified than it once was, the National Council for Voluntary Organisations is still the main voice of the sector, which is why this job still matters.

So what should the NCVO be looking for now? Without picking over the past, it is clear to me that we need someone who is very comfortable with all forms of public media.

Today, the sector has to have a consistent voice in the media in the way that trade unions have Frances O’Grady, the NHS has Chris Hopson and business has Carolyn Fairburn, all names that roll off the tongue.

Being influential behind the scenes really matters and the NCVO has always excelled at that, but in an opinion-driven age one has to be out there in the public domain on all media far more than in the recent past.

As someone outside the NCVO, it seems obvious to me that it needs a change-maker who can really challenge it to think radically about its future. The organisation has modernised really well and runs brilliant events and services to members, but the way it operates, though highly inclusive and democratic, looks to the external eye quite slow and lacking in agility.

This means the NCVO has struggled at times to respond to the changing nature of the sector, including the needs of chief executives – which led to the breakaway formation of Acevo – and the rise of social enterprise, which the NCVO appeared, for many years, to be suspicious about.

To be relevant, the NCVO has to appear more forward-looking about the role the evolving sector could play in post-Brexit Britain and the role it can play in helping and giving voice to organisations working for the public good.

I make all this sound easy. It isn’t. The NCVO has a difficult job. It has 15,000 members – a very wide range of organisations to support and represent – and far less money than is needed to do it well.

As well as being a media genius and a change-maker, whoever gets the job will also have to be very canny indeed about how to sustain and grow the organisation. It’s a very tough gig indeed.

Fortunately, the sector has the talent within it to produce such a leader. I hope, personally, that it’s a person who has shown what the sector can achieve when it thinks and acts smartly, is entrepreneurial, partners well and is pragmatic rather than dogmatic in approach.

I also hope that the board is imaginative in its appointment and doesn’t play too safe. It’s easy to recruit in precisely one’s own image, but much harder and braver to make a choice that falls outside the comfort zone.

I wish the NCVO all the luck in the world. 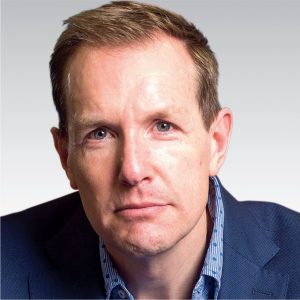 Craig Dearden-Phillips is founder of Social Club, a peer-support network of leaders in charities and mission-based businesses